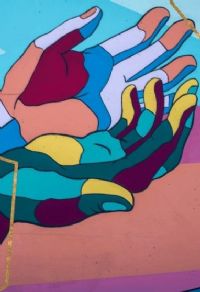 ‘For the kingdom of heaven is like a landowner who went out early in the morning to hire workers for his vineyard. He agreed to pay them a denarius for the day and sent them into his vineyard. About nine in the morning the went out and saw others standing in the marketplace doing nothing. He told them, “You also go and work in my vineyard, and I will pay whatever is right.” So they went. He went out again about noon and about three in the afternoon and did the same thing. About five in the afternoon he went out and found still others standing around. He asked them, “Why have you been standing here all day long?” “Because no one here has hired us,” they answered. He said to them, “You also go and work in my vineyard.” When evening came, the owner of the vineyard said to his foreman, “Call the workers and pay them their wages, beginning with the last ones hired and going to the first.” The workers who were hired about five in the afternoon came and each received a denarius. So when those came who were hired first, they expected more. But each one of them also received a denarius. When they received it, they began to grumble against the landowner. ‘These who were hired last only worked one hour,’ they said, ‘and you have made them equal to us who have borne the burden of the work in the heat of the day.” But he answered one of them. “I am not being unfair to you, friend. Didn’t you agreed to work for a denarius?” Take your pay and go. I want to give the one who was hired last the same as I gave you. Don’t I have the right to do what I want with my own money? Our are you envious of because I am generous.”

“So the last will be first, and the first will be last.”

Jesus does not tell this parable to encourage social justice or equality. Here, instead, is a glimpse of the kingdom of heaven and the generosity of God’s grace. It is a story of hope but also of warning.

It is unlikely that this story has an origin in a real situation. Surely a successful landowner would only pay his workers for their productivity. But here we have a landowner who is identified with God and his approach is different. A denarius was the sum needed for a worker to support his family for one day; any less and the family starved. The landowner is paying what the worker needs and that is how we receive God’s loving grace, all that we need.

Of course, all that we need, as we serve God and his kingdom, is neither wage nor reward. Our relationship with God is not contractual, one in which we are rewarded for the service that we render. Ours is God’s promise that we are saved from sin’s oppression to joyfully become part of his kingdom of life and love. We do not deserve it and there is nothing we can do to earn it. God’s grace is not quantifiable; there is not a time when we need much of it and another when we need less. God’s gift of grace is freely given out of his abundant generosity. We respond to God’s bounty in offering him all that we have.

It is of great comfort to know that we may come to know God in Christ early in our lives or at the eleventh hour and, whenever our faith journey starts, we are equally welcomed into his presence. We may not all have worked for long in his service or have contributed in the same way but all that we do is of equal value to our generous God. What really matters is not the service we give but the love and joy in which it is given.

This leads to the warning; it is easy for us to become envious because of God’s generosity, especially among established members of the church. There is no preferred status in the kingdom of heaven. Jesus warned his disciples that those who consider themselves favoured because they arrived first will be last if reward is their primary concern. God is out there seeking those that everyone else rejected and offering an equal place in his kingdom. It seems unfair, but that is the mystery of God’s grace; it is a gift made equally to all irrespective of service.

The disciples needed to learn that lesson and it is something of which we need to be regularly reminded. We mustn’t grumble when God is generous.

Take my life, and let it be
consecrated, Lord, to thee;
take my moments and my days,
let them flow in ceaseless praise.

Take my love; my Lord, I pour
at thy feet its treasure-store;
take myself, and I will be
ever, only, all for thee.

The Methodist Church provides worship and devotional resources at www.methodist.org.uk 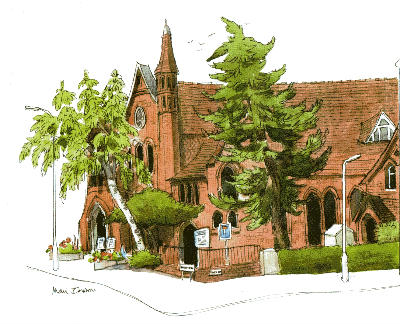