I first came along to Junior Church in 1960 when I was 7 years old. A friend of mine invited me and I have remained at EFM ever since.

Mary Cox and Stan Lyall were the leaders then. Junior Church met at 10.45am in the Guild Room (now sadly not part of the church). At 11.00am just before the service started all the Junior Church would file into Church and sit in the pews nearest to the entrance to the Parlour (now the Fellowship Room). We would stay in church for at least one hymn, some prayers and an address from the preacher - very much like today - before going out to our Junior Classes.

There was also a Sunday School in the afternoon which was run by different people (I seem to remember Mrs Margaret Geary and Peter Crockford being involved).

Once a year we would go on an outing to St Albans. This was quite an adventure as we would get a red London bus to North Finchley and then go on a green line bus to St Albans. We would look round the cathedral then go into the town and go up the old clock tower and have magnificent views of the surrounding countryside. We would end up in a park where we ate our picnics and played rounders and other team games before setting off home again. 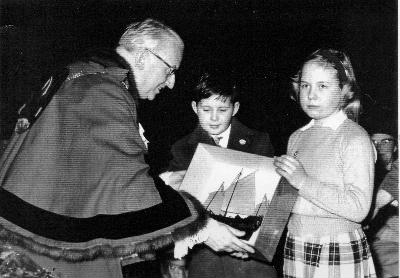 The British and Foreign Bible Society (BFBS) held an open day once a year. The Junior Church would go along and have a really enjoyable day looking at how bibles were produced, translated and dispatched. We also got to see Braille bibles being typed and were shown how to read it. The BFBS held a rally at the Guildhall once a year usually attended by the Lord Mayor of London or a well known celebrity like Leslie Crowther. 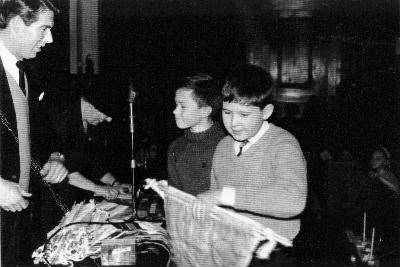 At the rally prizes were awarded to Junior Churches and Sunday schools who had completed the best projects over the years. During my time at Junior Church we won quite a few first and second prizes. The prizes were in the form of a model of a cargo ship (first prize) or a Chinese Junk (second prize) which we kept for a year and displayed in the Junior Church Corner. Each Junior Church or Sunday School was named after a language. EFM were GNS (Good News Ship) Efik. Efik is an African language. 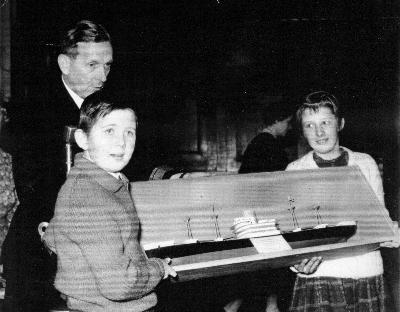 I became a member of the church when I was 15 and shortly after I became one of the Junior Church leaders, along with Keith Wakefield. Sheila Francis, Keith Crawley, Kay Stratton and Lesley Handscombe. This came about because Mary Cox and Stan Lyall emigrated to Australia. All the leaders were quite young and very enthusiastic and we built up the Junior Church by going round East Finchley knocking on doors and inviting children along. We also agreed to collect the children before the service and return them home after the service ended. We regularly had over 100 children coming each Sunday! Two of the younger members then are still associated with EFM today, Carol and Peter Braley.

In the mid seventies 6 young people (me included) carried out a marathon sponsored Bible reading. We started at 6.30 pm on a Friday evening and read NON STOP until the end of the Sunday evening service. We completed 2/3 of the Old Testament and all the New Testament. Each of us would read for half an hour before being replaced by one of the others. We didn't leave the church at all during the reading. We slept in sleeping bags in one of the upstairs rooms in part of the church now sold. During the Sunday morning service all the outside doors except the front door were locked. I was asleep in the upstairs room and nobody could get in to wake me up! I had to do a double shift later that day to make up.

A few years later, a drama group evolved from the older seniors, some of their friends and some of the Junior Church leaders. We called ourselves the East Finchley Theatre Group. Our Producer/Director was Barbara Clark and we started by doing musical reviews but moved onto to do some very good serious plays including one (The Vigil) that was performed in the church and took the form of a court case trying to prove that Jesus did not rise from the dead. Mel Quick the minister played the judge and I had the privilege of playing the prosecuting attorney, the best part I have ever played in more than 20 years of "treading the boards".

In 1977 I moved away from East Finchley, but I maintained my membership here and returned to the area a few years later. I was married at EFM, my son was christened here and he will be confirmed into full membership of the Church at a special circuit service on 15 June 1997.